5 Reasons Why Multitasking Is A Failure

You decide to text a work colleague about a task you've just remembered as you're strolling down the street, and a text exchange follows. You think you can handle everything because you consider yourself to be a strong multitasker, but in actuality, you are far less attentive to your surroundings and the specifics of the conversation than you believe.

You can walk while talking or read while eating, for example, but you can't focus on two things at once. Your focus is constantly shifting back and forth. Only when one of your duties takes zero conscious thought can you simultaneously perform another task, such as breathing, for example. Even if you may believe that walking is subconscious, you still need to pay attention to traffic, pedestrians, and traffic lights.

When your brain switches between tasks, you take longer and make more mistakes on both than if you were performing them one at a time, which could have a variety of unfavorable effects. 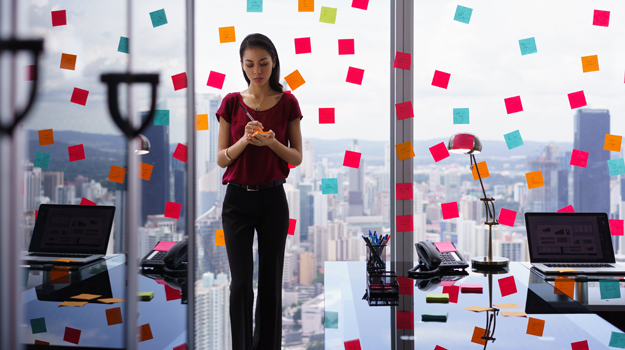 Employees and employers that regularly transition between different activities and projects find it difficult to concentrate.

One result of multitasking is that people fail to fully absorb important knowledge and experience from each task they work on because they divide their time and attention so thinly. Even if many project-related jobs are repetitive and even administrative, multitasking can have a negative long-term effect on your ability to maintain attention and effectively complete the tasks on your list.

Divide your time into manageable chunks to deal with specific activities and cross them off your list one at a time, whether you're talking on the phone with a customer or checking your email.

One of the times when your brain is most busy is while you're multitasking. Memory loss may result from an overstimulation of the cognitive process caused by this. Consider the effects of your habitual multitasking on your long-term memory if you do so.

Other predisposing variables, such as age, environment, and preexisting medical disorders, can accelerate the rate of memory loss.

It will be difficult, if not impossible, to preserve the information you were working on as you were interrupted if you are focused on a project but are frequently sidetracked by nosy coworkers, irrelevant phone calls, or social media updates.

Who performs better is what matters most when two businesses compete. Performance has an impact on projects as a whole, thus as a project manager you want to get the most out of your time and your team members by eliminating as many inefficiencies or "bugs" as you can from your work processes.

A poor workforce, however, makes it impossible to run operations smoothly. Multitasking is frequently to blame for staff members not working at their best. They could believe that managing a lot of balls will make them more productive.

It's time to fix that! It may be unhelpful to advance to switch between tasks. The majority of the time, we are simply performing numerous tiny activities quickly one after the other. One of the biggest drawbacks of multitasking is the anxiety it causes those who do it frequently. Work interruptions have negative physiological impacts in addition to physical, mental, and emotional ones.

When we multitask, our brain produces more cortisol, a hormone that causes stress. With enough stress and mental exhaustion, anxiety slowly builds up until the brain becomes overstimulated and short-circuits.

We'll quickly realize that attempting little chores while working on a difficult one while distracted results in them taking up more time rather than saving it. A task change necessitates a mental reset.

Even if it only takes a few tenths of a second, this consumes time. Despite how brief they seem, the delays build up. Just consider how much time is lost each day due to interruptions that occur repeatedly. According to experts, multitasking might cause us to lose up to 40% of our working time.